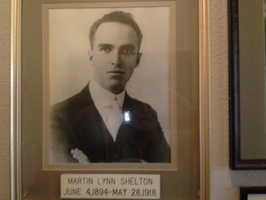 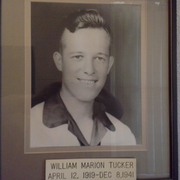 The below information was taken from

"A Magnificent Fight": The Battle for Wake Island 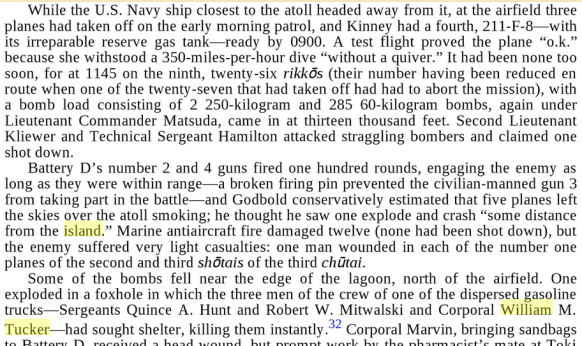 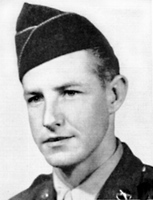 Clarence Craft joined the Army from Santa Ana, California in September 1944,[2] and by May 31, 1945 was serving as a private first class in Company G, 382nd Infantry Regiment, 96th Infantry Division. On that day, on Okinawa Island, he single-handedly attacked the Japanese-held "Hen Hill". After reaching the summit and throwing numerous hand grenades at enemy positions on the reverse slope, he assaulted the main Japanese trench, chased the defenders into a cave, and destroyed the cave with an explosive device. For these actions, he was awarded the Medal of Honor six months later, on November 1, 1945.

Craft reached the rank of sergeant first class and served in the Korean War before leaving the Army.

Over a 10 year period, Craft logged over 9,300 hours assisting veterans at the Fayetteville Veterans Administration Medical Center as a volunteer.[3] Craft died at age 80 and was buried in Fayetteville National Cemetery, Fayetteville, Arkansas.